Built circa 1930, this steel and concrete trestle crosses a deep hollow and a now abandoned railroad line near Bridgeport. Several of the bridge's features show the influence of steam trains on bridge design. That portion which crosses the tracks is built of concrete, because the corrosive effects of the coal fire and steam exhaust would be much less detrimental to concrete. This design feature has been noted on several deck trusses in the state. The OK 33 bridge has a span that was built like this, because the bridge crossed the Santa Fe's tracks at its east end.

Below, a view on the deck of the bridge. This is the first bridge you cross when heading west after crossing the Canadian River.

Below, a side view of the trestle. You can see How many of the members are built up like those in a truss bridge-laced channels for compression members, and tie-plate for tension. and bracing.

Below, another side view form the same end. The railroad overpass span is at the far end.

Below, this side view was taken from the railroad overpass end of the bridge. As explained above and visible here, the span that crossed the tracks is concrete. It is interesting to note the lack of soot accumulations on the concrete beams, probably because constant exposure to the elements has washed these stains off the members, and the brief period of time the rail line was in use here. 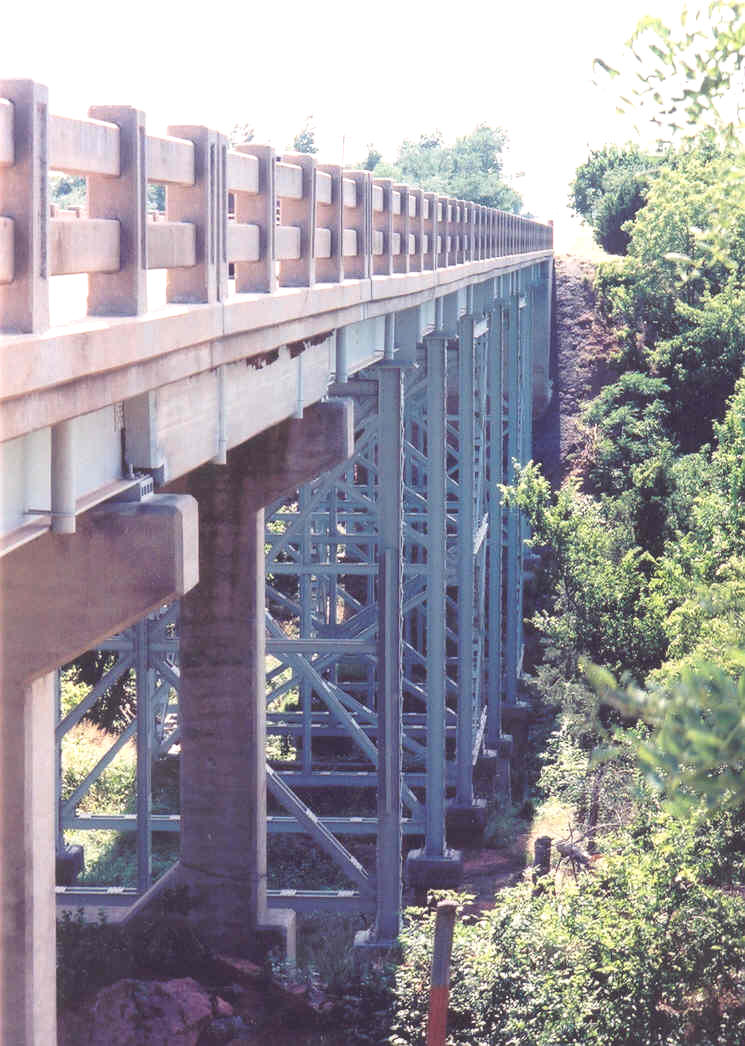 Back to Oklahoma Bridges.